The camera arrived, a Nikon Z 50, and manufactured an FTZ Adapter on the 3D Printer, due to not having a Nikon Z / T Ring. Still had a slight issue. FTZ is short for F Mount to Z Mount. A special adapter to allow nikon F lenses to connect to the Z Mount on the new Z Series Nikon cameras

The eyepieces I had originally purchased and the one that came with the telescope were great for using as just that, eye pieces. No use for taking images through a camera.

I had originally planned to use an Eyepiece Projection adapter, these allow the standard 1.25" eyepiece to be inserted within, then act as a go between the telescope focus mount and the camera. The problem was I didn't have one, and couldn't get one in any sort of reasonable timeframe. I didn't order it initially, as didn't know what the eyepiece compatibility or camera connection needs etc. would be.

I discussed with Agapios at the telescope shop in Nicosia (https://shop.asteroskopeion.com/) and the solution he recommended was a Baader Planetarium  Hyperion Universal Zoom eyepiece, which could accept a M43/T-Ring adapter, and then the Nikon F Ring. From this using the 3d printed FTZ adapter it would then attach to the camera. The eyepiece could be attached to the telescope using either a 2" or a 1.25" nose. The eyepiece had a 8mm to 24mm variable range, with click stops at 8, 12, 16, 20 and 24mm.

The image below is shown with the 2" nose on the left and the FTZ adapter on the right. You will notice the ring markers on the nose, I make reference to them later.

I attached the variable eyepiece to the scope and the camera, then spent some time trying to get ANY sort of image at all. It was very frustrating, and took hours to just get a glimmer of something....somewhere!

I eventually managed to get some sort of image, but it was far from what I expected and no amount of fiddling, could get anything better. 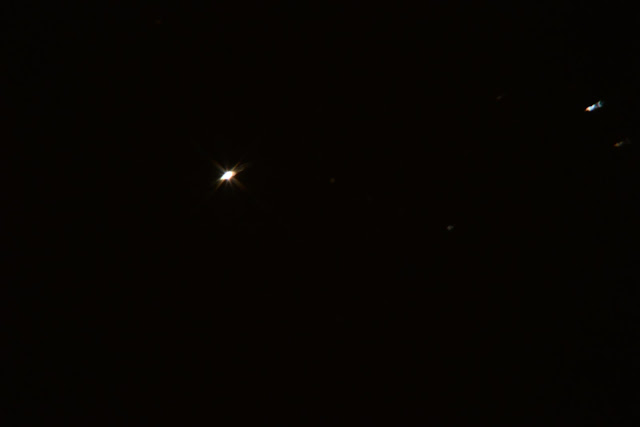 As you can see below, I clearly had an alignment issue as well, as any sort of exposure of a few seconds led to star trails. 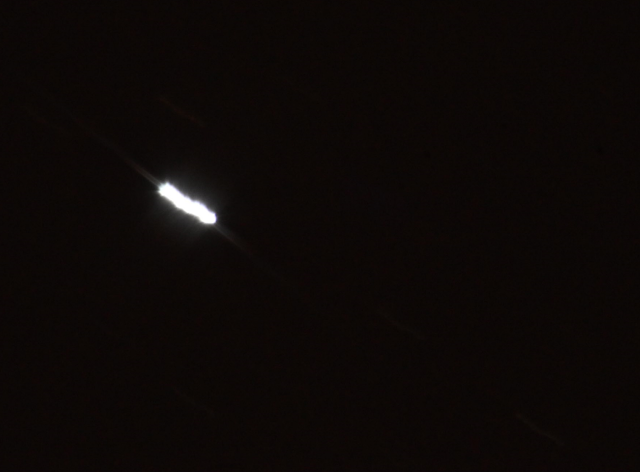 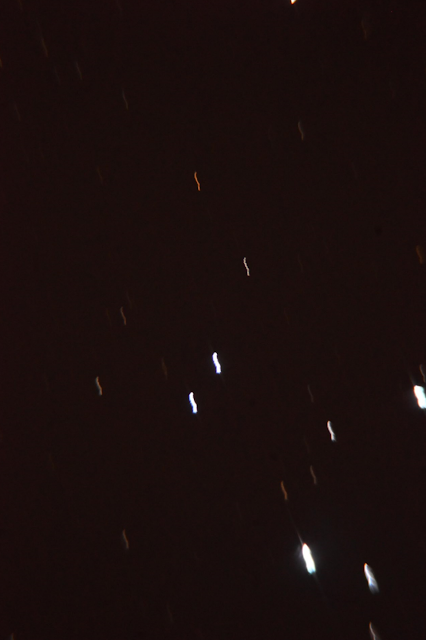 This was not going to be beat me.......focus man focus, and not just the optics!  I was going to get there.

I 3D printed a second FTZ adapter, but a short one, just in case the back focus length was too long for the camera.

I then setup during the day when I could actually see what I was doing, and used the mountains in the distance as a reference point. Starting with the longer printed FTZ adapter.

In the picture above you can see the long FTZ Adapter on the left, attached to the camera, and on the right hand side, the focal adjuster, indicating around the 10mm position. The image above is using the 1.25" nose on the variable eyepiece.

The image above is using the short FTZ adapter and the 2" nose piece.

Eventually I had found the correct setup for the current optical train, and hastily wrote them down! Trying each of the click stops on the eyepiece and noting down the relevant focus adapter position.

There were a series of rings on the 2" nose of the variable eyepiece, and which ring I am is what the 'ring 4-5' means, i.e. somewhere slightly between ring 4 and ring 5'

These would now be my starting points for either of the two configurations in the future. It should only require a slight adjustment on the focus to allow for slightly different positions of any of the components.

I used the telescope to follow the line of the hills until I found an object that I could use as the reference point. In the photo below, the arrow is pointing at a villa on the crest of the hill, central to my field of view from our villa and where the telescope was located. 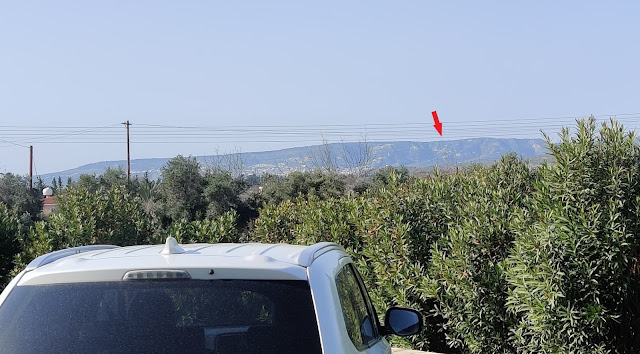 Through the finder scope of the telescope, and using my phone pressed against its eyepiece, this was the view;

You can just start to see the outline of the building on the hill to the left of the centre.

Now, using the variable zoom eyepiece, targeting, line up, take a shot and then rotated and cropped the resulting picture from the camera, here are the 5 outputs for each of the positions;

Using Google Maps and locating what I think the property is, it is approximately 9.9Km straight line distance. Progress at last!

You can see it is slightly blurry in the pictures, and there was a lost of atmospheric distortion, and looking at the live view you could see like a heat haze flicker.

I did also try inserting a 2x 3x and 5x Barlow Lens, and it zoomed in even further, so that one of the square windows filled the entire field of view.

And now we just wait for night fall!

And Then It Was Dark

So, all geared for success, everything was still setup from daytime. pointed at the sky, looked.......or should I say struggled to find a target and.......... 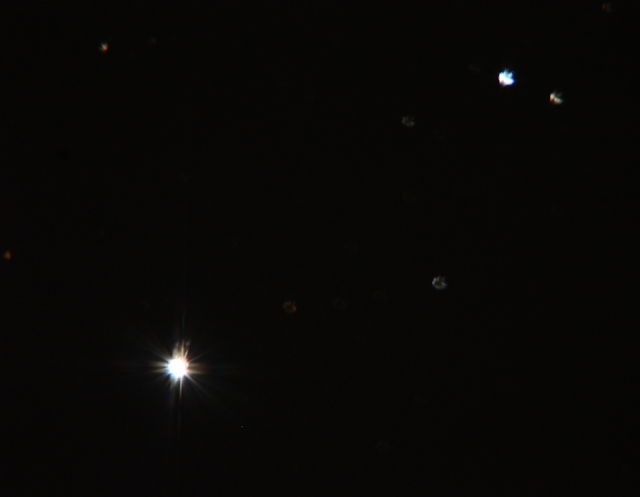 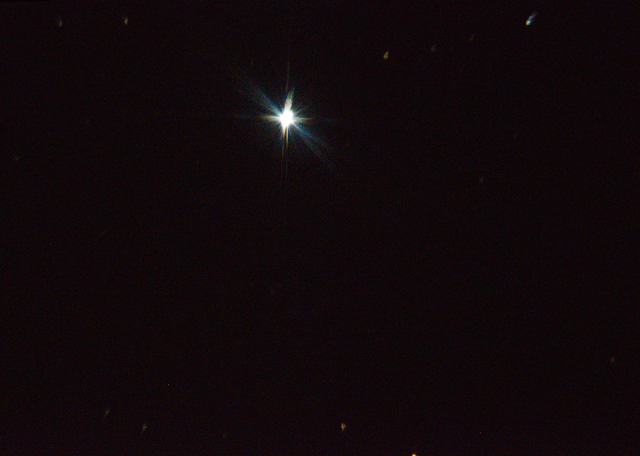 Ok, there is something there, but this is still not good enough.........WTAF? 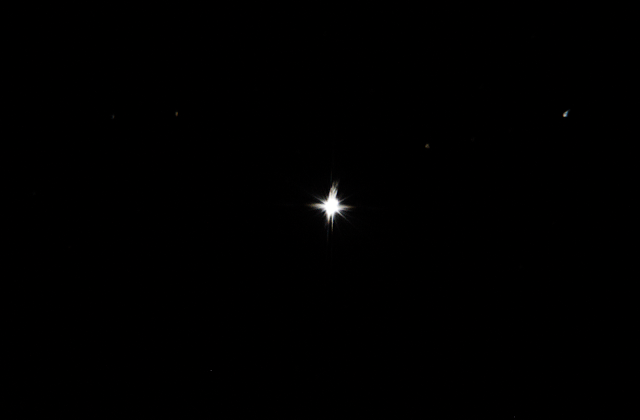 And on that note, I headed off to watch TV, struggling to understand what was going wrong.

Another Day Another Attempt!

Well, let's just say it was the weather, it was cold and windy, so I didn't want to be outside, and was really just having a fettle from the comfort of indoors, with the heating on.

And guess what...........go on, take a guess. DOUBLE GLAZING.....yes, DOUBLE BLOODY GLAZING. It hadn't even crossed my mind that the glass would have had such a dramatic impact.
NOTE TO SELF - OPEN THE SLIDING DOORS NEXT  TIME OR SETUP OUTSIDE!


Here we are fresh and ready to go. I had been looking at the various software in a bit more detail and trying to understand how to use it, what they do, the various settings etc.

First up, was setting up the scope, I hauled it outside, the weather was looking good, it was going to be cold, but clear and wind had dropped off.


I pointed the mount North, levelled it, and fine tuned where Polaris sat in the polar alignment scope according to the PolarAlign Android app for my phone, based on time/date and my location.


On a laptop I have;

BackyardNikon - For some reason, I just cannot get LiveView to work, so have put that to the side for the time being. Despite following from instructions from the developer.

The other two are AstrophotographyTool APT and SharpCap - I'll probably cover them another day on how I use them, but enough to just say;
a) Set up a plan in the APT to take x Number of Shots at Y second exposure with Z second delay between them and store them to the PC in a particular size and format.
b) SharpCap then monitors the folder the camera stores the images in and performs a stack on them to produce the output. This output can then be pulled into imaging software for further processing.

I performed several test exposures and appeared to have dialled in a pretty good alignment, as wasn't seeing any star trailing.

I then found some random targets in the sky and ran off 30 exposures of 15 Seconds each. After running the stack, and some basic post editing here is a selection what I ended up with; 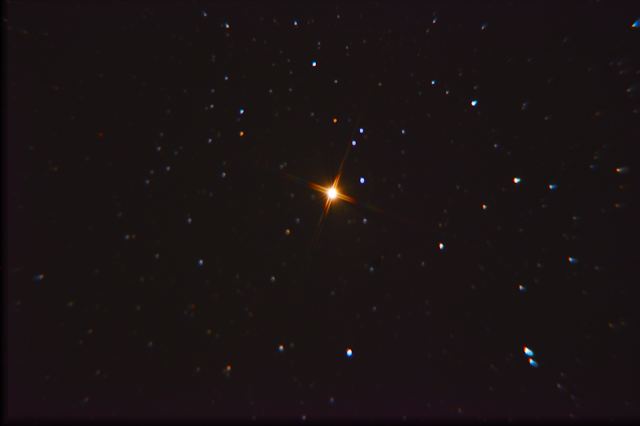 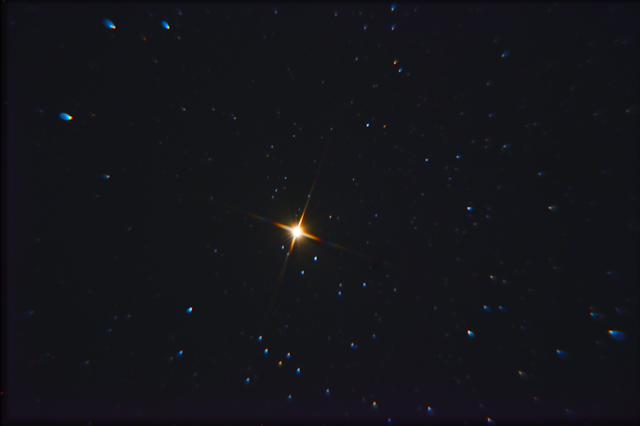 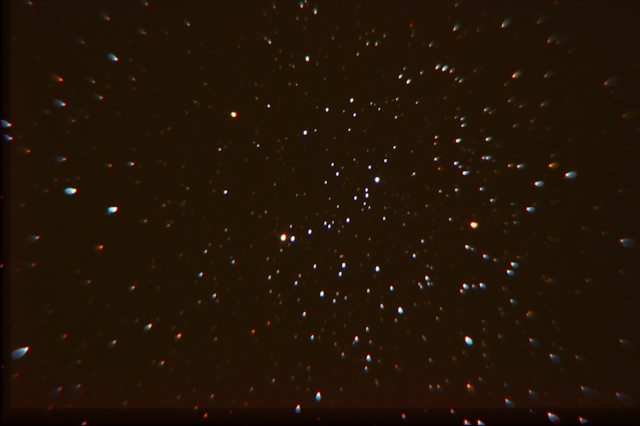 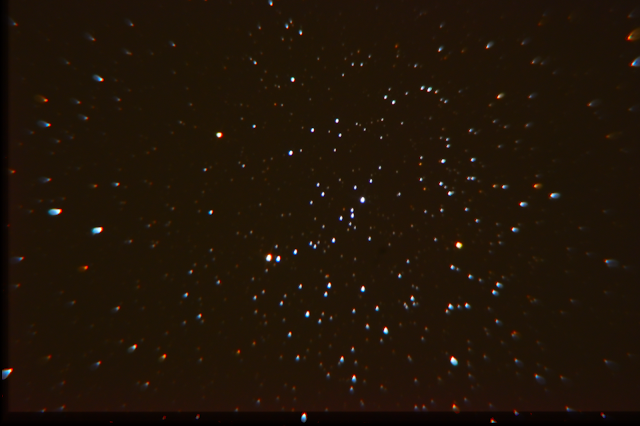 At last, I think I am starting to see progress!

I dare say I need to;
a) Focus - continue to work on dialling in the focus correctly - there are tools in the APT software for doing this as well as alignment of the scope
b) Configuration - camera settings, there are a multitude of possibilities, working out what is best for a particular target
c) Coma Aberration, you can see this clearly in the images, if you look at the stars particularly around the outsides of the images, they are stretched. This is as a result of the mirror optics in the Newtonian Scope. I knew about this before I ordered the scope, but wanted to see how 'bad' it was before doing something about it. If you are cropping pictures and doing post processing, on central image elements, then it is possible to fix in editing. However, I have ordered a Coma Corrector optic which will mount onto the telescope to help alleviate this condition.
d) Targetting - I still struggle to know where and what I am looking at, or finding stuff. Again, the software can do plate matching, but in general it will just take time to get to know the key objects in the sky.
e) Post Processing - OMG, that's a whole new minefield!

Well, that has been a bumpy ride the last few days, but at least starting to get somewhere!