Despite a heavily moonlit night, I decided to take everything out so see what I could get. The high level wispy cloudy had cleared up and the wind had died off.

Set up everything as usual, polar and star aligned and set it off running on M108.

Went out to check later and the laptop had switched off, so the imaging session had frozen at around number 20. Set it off again. Not sure why it went off........

Anyway, a few regular checks, and the wind did pick up a wee bit, but managed to survive until around 1.30am. The moon was really bright by now.

Next day, did the usual image stacking and attempted clean up. Still need to practice this, as still have no idea what I'm doing 'properly'.

Read more over at Nasa: https://www.nasa.gov/feature/goddard/2018/messier-108 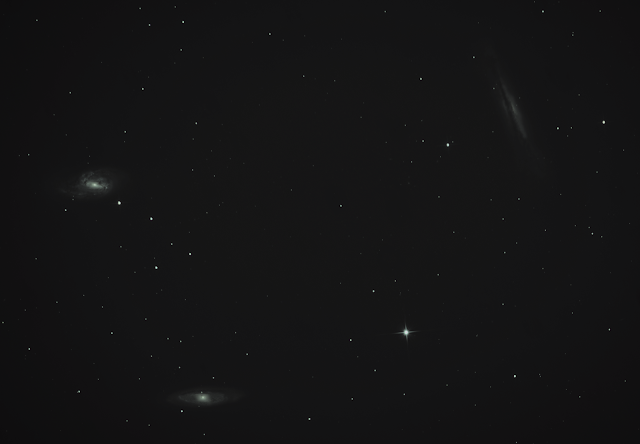 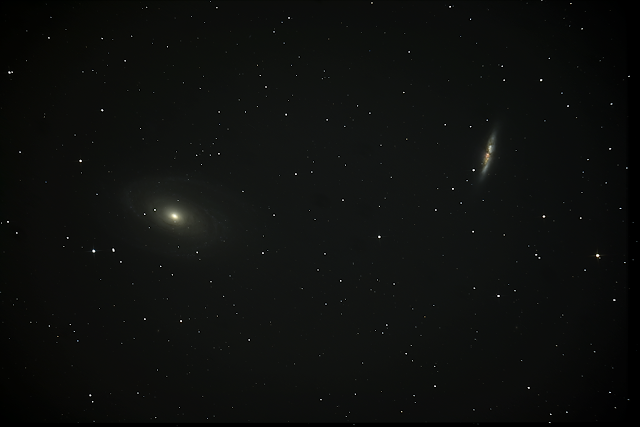 Went back to M81 and M82 for longer exposures 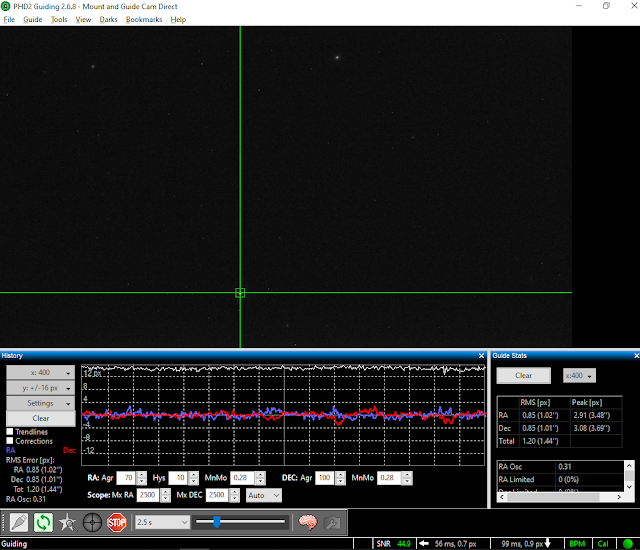 I have a weight problem.....no, not me personally, the mount! 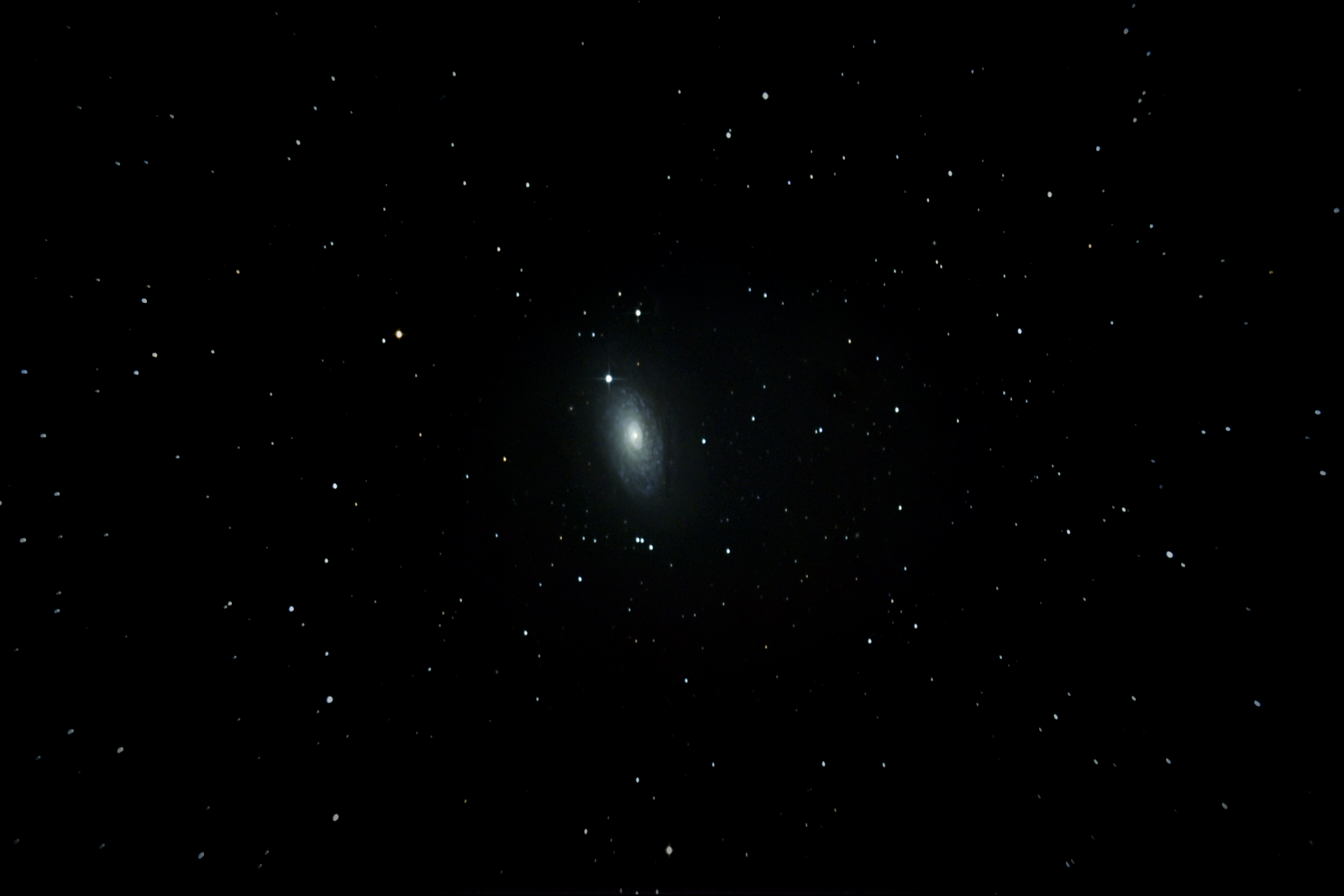