After the success of Baby Groot, eldest daughter wanted an MTV Music Award, so once again headed off to Thingiverse and found a couple of models there. Picked out one of them and downloaded the STL file. https://www.thingiverse.com/thing:1424104 by HauntFreaks

Opening it in Ultimaker Cura, I increased its size to 150% and then tweaked the support structures to be 5% density. Printed it out at 0.2mm layer with 20% infill.

Printed it out in white PLA on the AnyCubic i3 Mega S. Took around 6 hours. The model stands around 105 mm tall.

After spending some time to carefully remove the support structures, I did managed to break the top of the flag off, so as you can see in the images, it is a bit shorter than it should be. I tried to superglue it and then epoxy it, but neither of them were successful. I then drilled a hole into his hand and filled it with epoxy and stuck the remaining flagpole into the hole. That worked and you wouldn't really know it was a bit shorter than it was meant to be.

She wanted it painted in black base with gold metallic top, so we headed to the local DIY shop and grabbed some plastic primer and the top coat colours.

Overall she is very pleased, as am I, with how it came out.......only problem now, is she wants a Grammy printing! 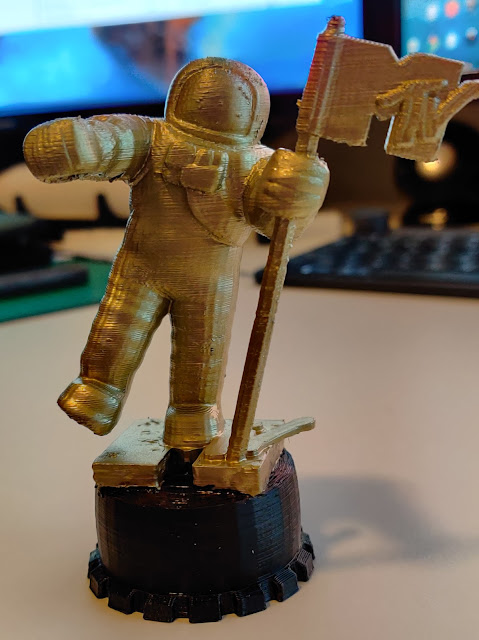 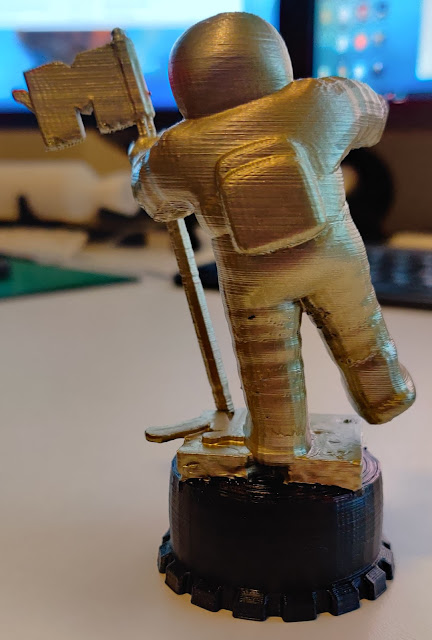 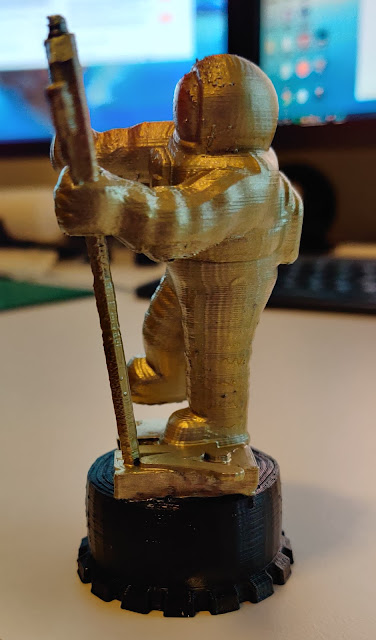 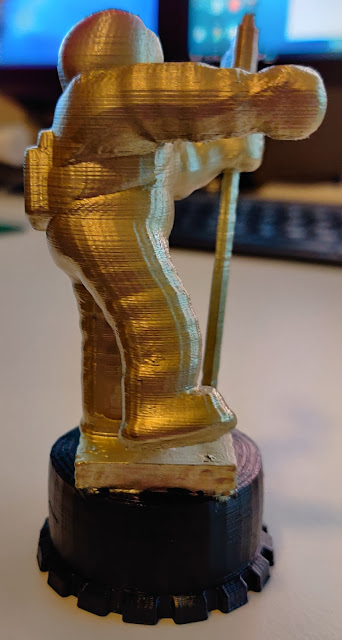