First night in the dome, first light on the RASA11 and first look at M42 Orion Nebula!

Having got the test build of the dome done, The clear skies arrived, so I thought it would be a good idea to put it to use. The RASA11 was also ready for its first light.

I decided to drag everything needed out to the dome, run an extension cable for power and see what we can get going on.

After an initial hiccup with the alignment, due to initially trying without using a finderscope, and only relying on what was visible on the imaging camera, that failed due to aligning at the wrong star. I also had an issue with the mount moving, the legs had slipped back up inside the tripod as I hadn't tightened them sufficiently, so this screwed the alignment.

Eventually got it all done!

M42 Orion Nebula was high in the sky, I also had not visited this target before, so it was going to be a night of firsts!

Check out the video below to see how it went.

So, here was my initial final image, I clipped off a bit too much data, so it is showing a bit black, but definitely one of my best images so far. (Yes, it's not up to the best standards, but we all have to start somewhere right?) 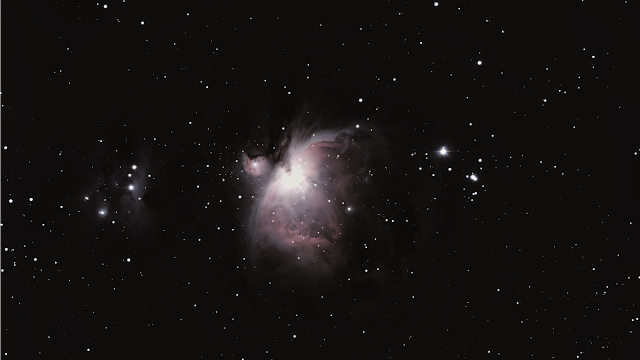 You can grab higher resolution images of my astro photos from over on Telescopius at: https://telescopius.com/pictures/view/79445/orion-nebula/M/42/diffuse-nebula/by-dave-auld

Equipment in this setup:

That's it for now, and please subscribe to my YouTube Channel - Dave's Astrophotography. And please leave comments, suggestions and questions on the video comments.