Note: I originally published by me on The CodeProject in June 2011 and can be found at the following link: http://www.codeproject.com/Articles/204819/Repairing-a-dead-Netgear-JGS-network-switch

So the IT world is not all about coding, and if you are like me, you enjoy a mixture of both the software and hardware environments, then it is sometimes cost effective to perform your own repairs. And it can be just as satisfying bringing your dead hardware back to life, knowing you have saved yourself a few beer tokens in the process.

While I was offshore, I couldn't gain access to my main PC at home, emailed the wife and asked her to check the kids hadn't powered it off, or it had shut itself down. She recycled the power and the PC rebooted fine. Alas, I could still not access it. The other PCs were still accessing the internet fine, and without being in the room, there was nothing else the wife could do.

On my return, I noticed that the PC did indeed have no internet connection, but all the others in the house did. Then it dawned on me that there is another switch that feeds the hardware in my home office, and it was under the desk and generally is forgotten about.

Surprise Surprise, it's dead, no LEDs. blinking nothing.

Can I bring it back to life? Yes I can!

The switch in question is a Netgear JGS516, 16-Port Gigabit Switch.

WARNING: Always check power is disconnected and sufficient time for power in capacitors has discharged. Hazardous voltages may be present and may cause death or serious injury. Always prove dead with a suitable test meter, if in doubt, do not attempt to open up anything.

First off, I did the usual, checked the fuse in the plug, swapped the power lead and proved it working on another bit of kit and yes, the lead was fine.

Opening the lid, there were a few spiders webs, but nothing significant, and certainly the main board or the PSU board were not caked in dust, which can of course lead to overheating, etc.

After a quick hoover out, I disconnected the power lead to the PSU, and the supply cables to the main switch PCB. 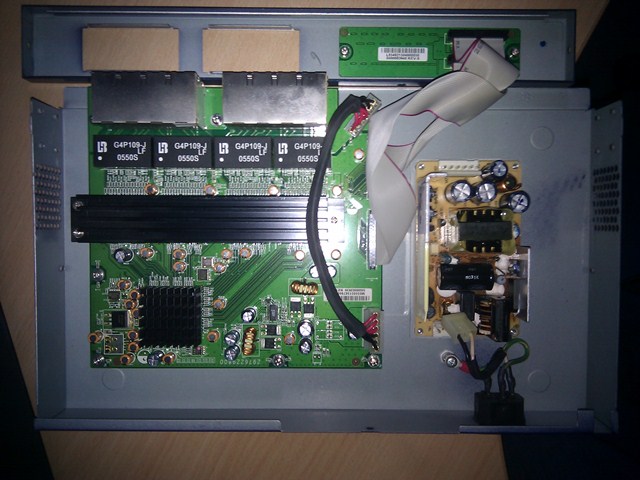 On the surface, there was no visible damage to the main PCB or the PSU board. I unscrewed the PSU, and removed it, flipped it over and sure enough there was some damage on the underside of the board, and clearly things looked terminal. 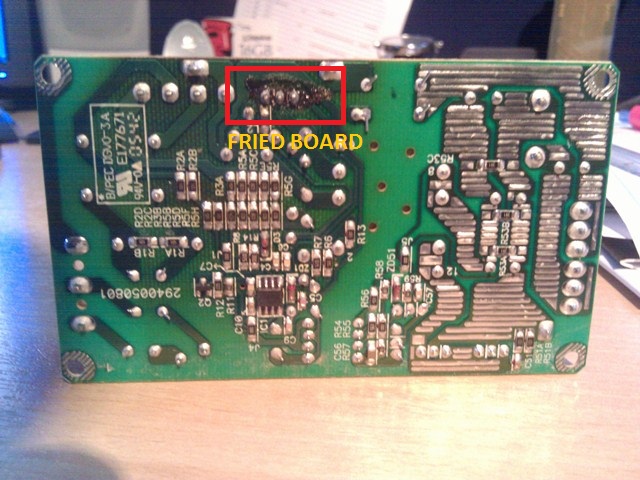 Checking the details of the manufacturers data plate on the PSU, showed plenty information, so it should be fairly easy to find something to replace it. 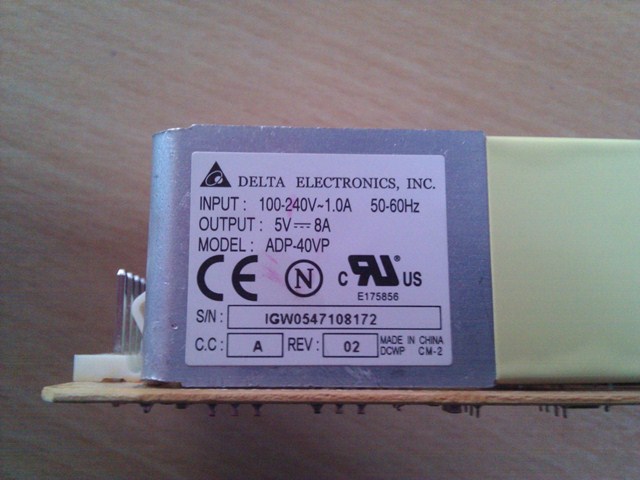 After a bit of hunting around Google, I found a replacement part (an Artesyn NLP40-7605J) available from Farnell (see link for more spec details) at a cost of £40 pounds. I thought that considering a new replacement switch would cost more than double this, thought it was worth having a go at replacing it. Order placed, and a couple of days later it arrived.

Comparing the old and new boards side, everything seemed to line up just fine, the power connectors were the same and specification was exactly the same. 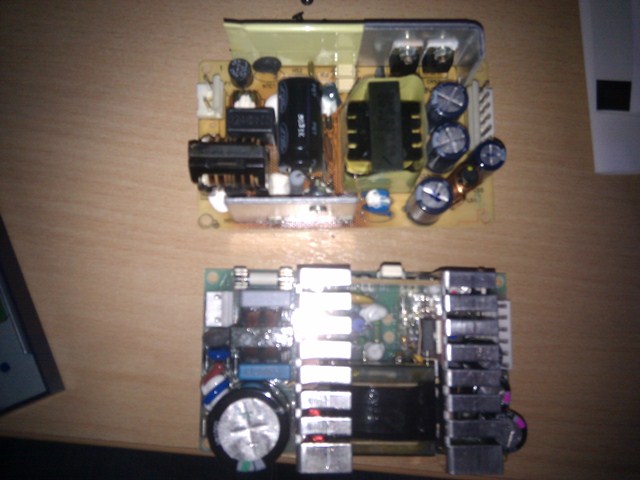 I installed the new PSU into the switch case, confirming that nothing was touching on the underside. Connected up the internal cabling. 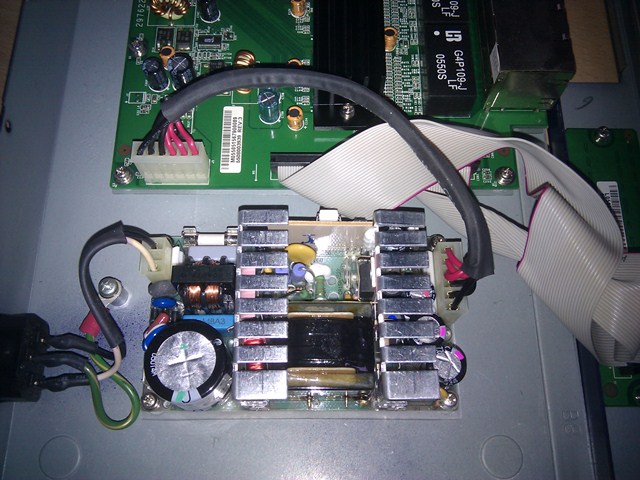 Stood back and flicked the main power switch on the wall outlet, and it came to life, with no bangs, flashes, pops or anything like that.

Hooked up some network leads, and hey presto, everything is working. One switch brought back to life.

Now, just have to see how long this will survive.