As you may have read in one of my other posts, I already have a Anycubic Mega S.

Given how much success I had with it, in terms of no real problems and good print quality, I decided to get another Anycubic, but this time the MUCH larger Predator.

It is a beast, at over 1m tall, and almost 0.6m wide, this thing makes the other one look small.

I ordered it direct from Anycubic website, in their Pre-Christmas Sale, it was heavily discounted, (and still is at time of writing), but even better it included free shipping to Cyprus, which is really important on something this size and weight.

Unfortunately it was out of stock from their Eurpoean distribution point, so having ordered on 14th December, it didn't ship until 3rd January. Then for whatever reasons it took 14 days to get from the German Country Departure point, until it showed up in Cyprus Reception facility. By now I was heading back to work, and sure enough it was ready for collection from the post office a few days after I left.

Roll forward another month (I was away extra this time as well), and it was time to get this thing up and running.

As you can see the box was well packed, and everything survived the journey.

The printer came with the usual selection of items, same as the Mega S;

I set about assembling the printer, which is straight forward enough, when you are paying attention! Having attached 2 of the columns and on with the 3rd, I noticed that I had put the top section on upside down, so had to undo everything and re-do it. Once that snafu was fixed, it was plain sailing.

Here is a time lapse of the build and initial target test print.

After it was built, turning it on and the screen came alive and the familiar Anycubic tones played on the speaker. However, there was a problem, only the display back light came on, it didn't actually display any content.

Opening up the lid of the unit, and I spotted that the ribbon cable connected to the main board, wasn't properly secured. Sliding the retaining clip fully home fixed the problem. In the picture above, the black bar across the top of the blue strip need pushed towards the main CPU to lock the ribbon. The right hand side wasn't engaged fully.

I then went through the bed levelling procedure with the magnetic sensor tip attached, and then set it off on its test target print. The test printed with no issues and came out very well indeed. 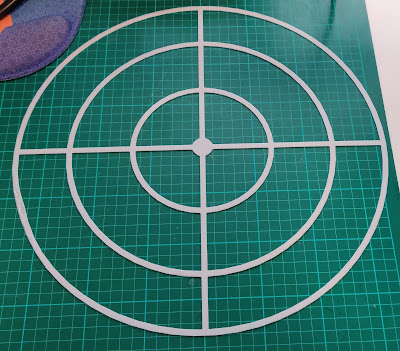 The levelling procedure is a lot easier than the Mega S. For this, you attach the sensor, then use the screen controls to move the nozzle down until it just touches a piece of paper, then set that point as '0'. Then activating the mesh probing at the touch of the screen, and of it goes.

I didn't like how the cable was catching on the springs, so having looked at how everything moved, I cabled tied it to the feed head. I also didn't like the strain that was being placed om the small cable at the top that connects to the run-out sensor, so again cable tied that in place after having drilled a hole in the bracket.

As you can see in the images above, I left the magnetic sensor stuck to the tip of the feeder plate, rather than disconnect and remove it. It appeared to stay no problem while printing the test, so will leave it for the time being, and can simply pop it down to the bottom if I need to re-level for any reason.

I had been reviewing many videos prior to the purchase, and while I was waiting for it to be delivered, I had purchased dampers to fit to the steppers as it was a recommended upgrade. 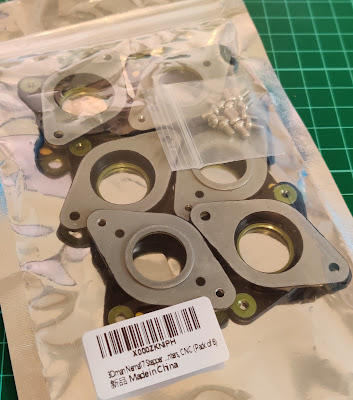 I noticed however, that while inside the top unit, that the steppers already have dampers fitted, so looks like Anycubic have done a revision upgrade. Something to be aware of if you are purchasing. Maybe see if they will go onto the Mega S or just chuck them in a drawer as spares.

The other modification that was recommended in some of the reviews was to fit TL Smoothers, these apparently can help on some printers with a salmon skinning effect that can be visible on larger surfaces. It is a cheap mod with a TL smoother board only costing a few dollars. 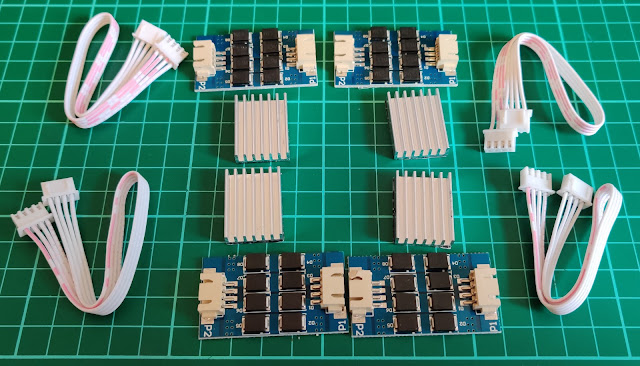 This are a plug and play item that connect in between the main board and the steppers and pass through the control signals. They help to eliminate noise by providing a flyback diode for the inactive stepper coil and thus prevent these rogue patterns from forming on the surfaces. There use is very subjective and benefit can depend on many factors, included manufacturers, individual components in the boards etc. Since these can be fitted easily, by opening up the top of the printer and plugging them in, I am going to wait to see if I notice the effect before adding them.

One thing I will be looking into replacing, is the main fan inside the top section, it is a small whiny fan and will look to replace with something quieter.

Next up I printed this Boxer Dog wall mount (we have a boxer) which I got from Thingiverse at https://www.thingiverse.com/thing:1528201 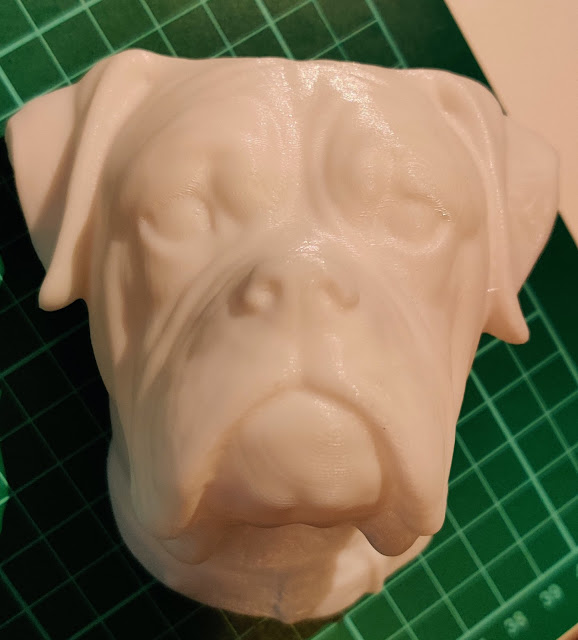 So, there we have it. Printer number 2, up and running and churning out a good first 2 prints. Will have to see what's next!